I just designed and facilitated a one-day conference in Shanghai for our top 100 managers.Â Â  It is a tiring but rewarding experience.Â  In the past, the conference used to be full of one-way presentations.Â  Together with a few other small group facilitators, we transformed it into an interactive day with only a few presentations followed by structured and facilitated discussions.

The happiest and most exciting thing to me is that my idea of facial drawing worked very well.Â Â  At the start, I was quite worried with the fact that the meeting would take place in the office.Â  Participants will easily leave the conference during the day and go back to the office.Â Â  In view of this, I came up with an ice breaker for all to paint each otherâ€™s faces for the sake of charity.Â Â  They had fun in painting.Â Â Â  More importantly, they became hesitated to go back to the office with the funny faces.Â Â  In addition, the facial drawing helped the small group discussion.Â Â  Though the discussion topics were serious ones, people naturally became more open up when they saw funny faces in the rooms. 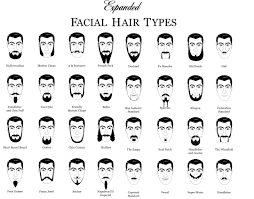 Though what really happened, the â€˜facial drawingâ€™ idea can be risky â€“ some may simply hate to have faces painted.Â Â Â  I think I have tackled it quite well by doing the followings:

â€¢Â Â  Â I asked in advance a very senior female executive to be my demonstration partner on stage.Â  As all saw that even the senior manager was willing to be painted, they naturally became much more receptive to the idea;
â€¢Â Â  Â I leveraged the conference objectives that the participants should be the change agents. And I specifically contracted with the participants first that we would try out something new on the day, before I introduced the â€˜facial drawingâ€™ idea
â€¢Â Â  Â I gave them a reason â€“ charity.Â Â  I persuaded the conference sponsor to donate a fixed amount for every painted faces shown on the end-of-day group photo.

I am really excited that my original idea worked!

By the way, we also tried out an internally-developed iPhone App for instant polling.Â Â  It worked pretty well!

In fact, a few years ago, I heard from a friend who worked in another organization that he just attended a big internal conference.Â Â  He described that it was run a by professional facilitator who helped successfully the conference become effective despite the large number of participants.Â Â  Since then, I had an aspiration to do one myself.Â Â  It seems that I am close to this aspiration now!

One Reply to “Facial Drawing for Effective Meeting”